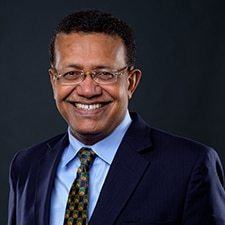 Dr. Shekhar Mitra was elected to the Union Institute & University Board of Trustees in October 2009.  Shekhar received his undergraduate degree in Biophysical Chemistry from the Indian Institute of Technology; his MS and Ph.D. degrees from Columbia University in New York; and was Jane Coffin Research Fellow at Yale University in New Haven, Connecticut.  He joined Procter & Gamble in 1984 moving up the leadership ranks to become the first Asian to be Senior Vice President of R&D.  He was a member of P&G’s top executive team, the Global Business Leadership Council; and retired in 2012.

Shekhar Mitra currently serves as Premium Consulting Partner at YourEncore, Inc., and President of Innopreneur LLC.  He is on the Board of Directors of Orabrush, Inc. and Private Equity firm 2 X Consumer Growth Partners.  He is a member of the Board of Advisors for International Flavors and Fragrances and Vyome Biosciences.  Shekhar is an Innovation Consultant focused on enabling the development of innovation strategies, breakthrough ideation and capabilities, organization development of several Fortune 100 companies, and high-profile new ventures.

His contributions include leading the creation and development of “game-changing” technology platforms and innovation strategies that have resulted in well-known consumer products like Crest Whitestrips and ProHealth, Aleve Analgesic, Prilosec, Olay Regenerist, Definity and PROx Skin Care, Hugo Boss and Gucci Fragrances, Gillette and Olay Spice Clinical Strength and Metamucil (cholesterol-lowering) to name a few.  Several of these, i.e., Crest Whitening Expressions, Whitestrips, Olay Regenerist, Prilosec, and Gillette Clinical Strength were named among the top ten consumer product innovations by the Industrial Pacesetter Awards in the past few years.  These innovations have created and grown major P&G brands and their equities with the help of noticeable benefits provided to global consumers fulfilling their unmet needs in a superior way.

In his global leadership role, Shekhar has been a “trailblazer” in creating strategic partnerships in many countries and with leading institutions globally.  Shekhar has also been awarded 50 patents to date in various fields and is an invited speaker on topics ranging from game-changing innovation approaches and organization development.  He was awarded the prestigious Ellis Island Medal of Honor by the U.S. Congress for his contributions to touching and improving lives through his leadership in bringing consumers meaningful innovations and community service.

Currently, his passion lies in enabling younger generation of professionals across all cultures, companies, and businesses to achieve their full potential in the field of science and engineering.  Consistent with this, he is the founder and President of the first North American Society for Asian Scientists & Engineers (registered as SASE).