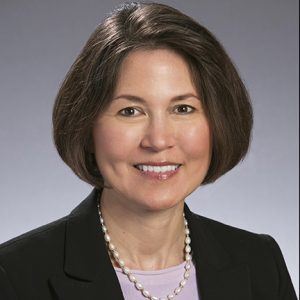 Sharon Dunbar is vice president of Cross-Company Business Initiatives for General Dynamics Mission Systems.  In this capacity, she supports General Dynamics Mission Systems and other General Dynamics business units through joint initiatives, strategy, and interfacing with senior Department of Defense customers. Sharon previously served 32 years with the U.S. Air Force in operational and staff assignments spanning homeland security, contracting, government relations and human resources. She retired in 2014 in the grade of Major General and as Commander of the Air Force District of Washington.

A graduate of the U.S. Air Force Academy, Sharon was in the third class of women accepted for admission and earned a Bachelor of Science degree in engineering and business management. She also graduated with distinction from the National War College with a Master’s Degree in National Security Studies, holds an MBA from California State University at Long Beach, completed her doctoral studies in Public Policy at The George Washington University, and completed senior executive programs at Harvard University and Massachusetts Institute of Technology.

Sharon is on the Board of Trustees for Union Institute and University and serves on the board of the Armed Services YMCA as well as Andrews Federal Credit Union.  She previously chaired the board of Be The Change, Inc., an incubator for social campaigns supporting military veterans and underserved communities, and served on the board of Girl Scouts Council of the Nation’s Capital.