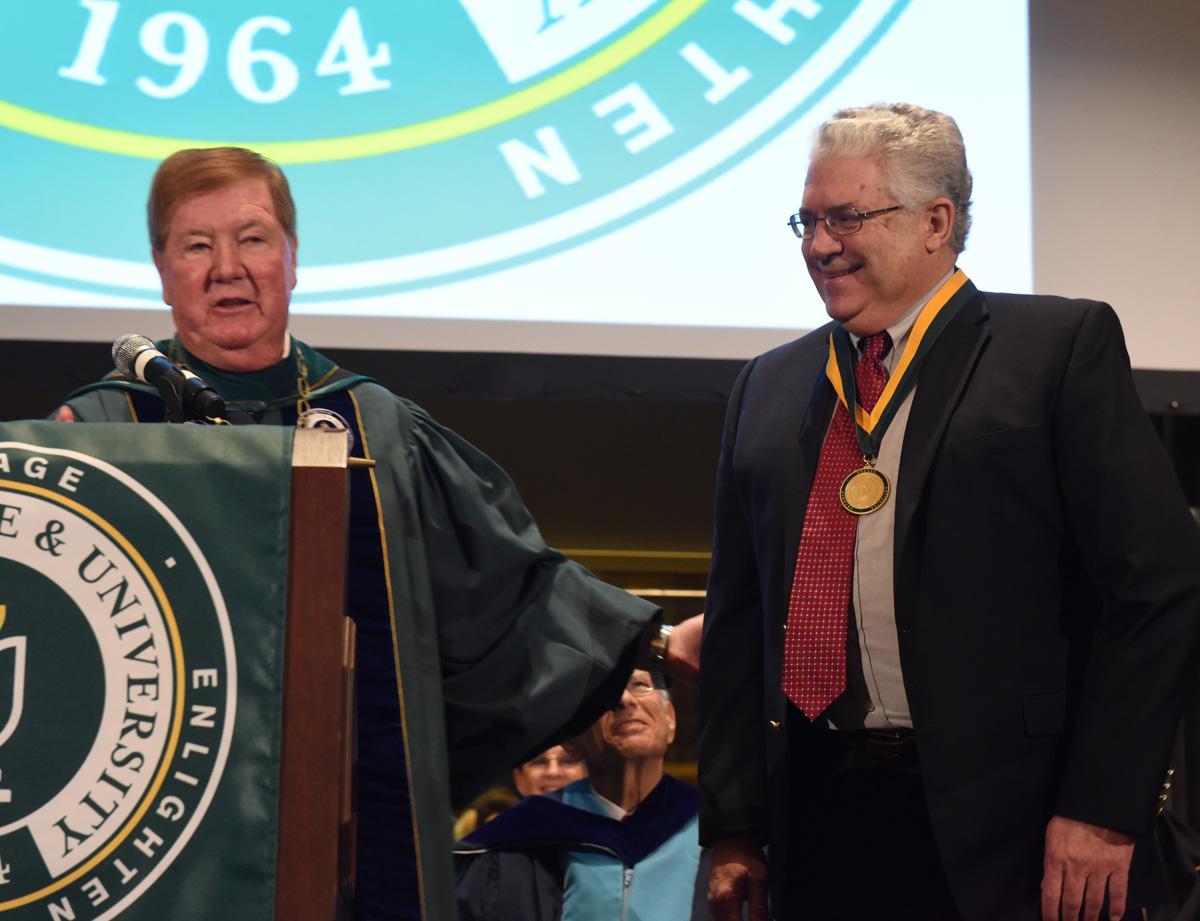 Director of Financial Aid and Compliance, Edward E. Walton, M.S., C.P.A., C.B.E.S., of White Oak/Colerain Township has earned the Union Institute & University 2015 President’s Medal for Exemplary Service. The award will be presented at the university’s National Commencement ceremony on October 25, 2015 at the Hall of Mirrors, Hilton Cincinnati Netherland Plaza.

“Union Institute & University is proud to bestow the university’s prestigious Presidential Medal for Exemplary Service upon Ed,” said President Roger H. Sublett. “The Board of Trustees, administration, faculty, staff, and alumni join in honoring him for his years of service, his leadership, and his dedication to the university and the thousands of adult students whose lives he has touched. Ed’s lifetime of service reaches to the core of Union Institute & University’s mission and vision: to engage, enlighten, and empower adults to pursue a lifetime of learning, service, and social responsibility,”

Walton joined Union in 1993 as controller and was appointed chief fiscal officer in 2001. He recently stepped down from the CFO position and became director of Financial Aid and Compliance. He will retire from the university next month after 22 years of service.

“I’m most proud of the part I played in helping more than 13,000 students graduate to new careers and professional promotions since I started at Union in 1993,” Mr. Walton said. “Many of the undergraduates are first generation college graduates who will change the educational and economic expectations and achievements for their families. I’m also proud that we have helped to imbue a sense of social responsibility that is used across the country to improve communities and organizations that need educated citizens who care for their neighbors,” said Walton.

Walton was born and raised in San Antonio, Texas. He attended Texas A&M before joining the U.S. Navy and spent nine years on active duty, with two tours aboard the U.S.S. Midway to Vietnam. Returning to the states and following in the vein of Union’s lifelong learners, he completed his B.B.A. in accounting while teaching, and subsequently worked at Wonder Bread and American Standard Graphics while pursuing his C.P.A. license and Master of Science degree at the University of Arkansas. In 1986, he came to Cincinnati to work at Cincinnati Christian University, where he helped them with their finances and complete their initial licensure for the state of Ohio, as well as their accreditation process for the Higher Learning Commission.

Married 42 years to Glenda Walton, Ed is the proud father of two children and grandfather to six grandchildren. He is very active in church life, serving as a teacher for 41 years, as well as an elder and occasional financial counselor, providing financial direction and control for capital improvement programs and expertise for strategic planning. He is also among the several Union employees who have tutored middle school children for several years at Frederick Douglass School in Walnut Hills. While he is an avid reader, cook, and fisherman, his real passion is singing. He is a member of Sacred Harp, an a cappella shape-note tradition from colonial America, and participates frequently in singing events across the Midwest and South.

President Sublett is looking forward to celebrating Ed’s long and fruitful career and notes that the President’s Medal for Exemplary Service is one of the university’s highest honors. “We are indebted to Ed for his wisdom, leadership, diligent efforts, and his in-depth knowledge of Union’s history – as well as its promise and potential,” Dr. Sublett said.