There aren’t any upcoming webinars or events to show at this time. Please check back again soon as we are always adding new items. Or you can view one of our on-demand webinars instead. 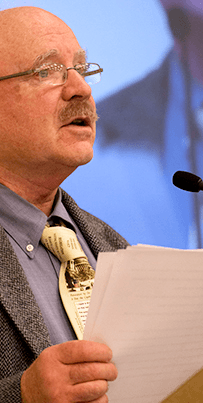 TOWARD THE COOPERATIVE COMMONWEALTH

The eighth and concluding lecture in this ETSA webinar series entitled “Reconstructing American Democracy,” is illustrated by gripping images like the others. The lecture starts out by describing the grand alliance (electoral and non-electoral) that Martin Luther King Jr. and Senator Robert Kennedy set out to build in 1968, only to die with the assassination of both leaders. Returning to the theme of the half-century corporate revolution that still dominates our lives, the lecture explores how it might be possible to build an even broader electoral coalition today that can bring together peoples of color and white people around common needs and aims, leading toward racial, economic, immigrant, and climate justice for all Americans.