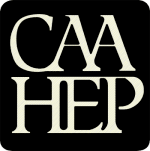 Accreditation Council for Education in Nutrition and Dietetics

National Board for Certified Counselors

The Master of Arts with a major in Clinical Mental Health Counseling is recognized by the National Board for Certified Counselors. Students who graduate from the program will have met course requirements for national certification as a counselor. They may sit for the national exam while in their final term or after graduation.

On September 2015, Union was by approved by the state of Ohio to participate in the National Council for State Authorization Reciprocity Agreements. NC-SARA is a voluntary, regional approach to state oversight of post-secondary distance education. Membership in the agreement, also known as SARA, means that the university no longer has restrictions with regard to enrolling students living in other SARA member states. Membership in SARA is growing as more states join the agreement. Many states have already joined, which can be seen by the map at http://nc-sara.org/sara-states-institutions. Contact the Union admissions office to determine whether your state is authorized.
Many states require no formal authorization or exemption for out-of-state schools to enroll state residents in online programs. For those states where Union has established academic centers, and for a small number of additional key states, Union has obtained formal authorization or exemptions as required by the individual state’s regulations. Click to expand the list below and learn more about exemptions in each state.
University branded marketing collateral links below for all academic programs.

Union is approved by the State of California Department of Consumer Affairs Bureau for Private Postsecondary Education to operate an Accredited Institution (IC#: 39222871) through a biennial review process. Additional information may be obtained by contacting California-BPPE at 2535 Capitol Oaks Drive, Suite 400, Sacramento, California, 95833. Phone: 916.431.6959. bppe.ca.gov

University branded marketing collateral links below for all academic programs

In 1983 the Florida Commission for Independent Education has authorized Union Institute & University to offer degree programs and to operate a center in Florida. Today, Union’s authorization by the Commission is based on the university’s accredited status: authorization must be renewed each year. The Commission’s authorization extends to all Union B.S. majors (except Child and Adolescent Development, offered only in California); the Master of Arts with a major in Clinical Mental Health Counseling; the Master of Science in Organizational Leadership, the Ed.D. and the Ph.D. programs. Additional information may be obtained by contacting the Commission at 325 W. Gaines Street, Suite 1414, Tallahassee, FL 32399-0400. Toll-free phone number - 888.224.6684. fldoe.org/cie/

The Ohio Department of Education has authorized all degree programs offered by Union Institute & University. As Union’s home state, the Department also authorizes the university as a degree-granting institution, operating a full campus within the state.