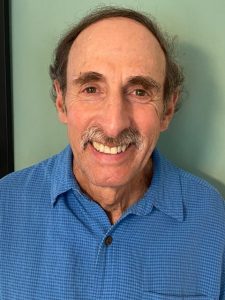 Dr. Fred Sokol (Ph.D. ’76) thought he might have a talent for writing. It wasn’t till he started his Union doctoral work that he was encouraged to pursue this passion.

“I am now writing novels due to the encouragement and support from my core faculty – the late Dr. Caroline Shrodes. She was one of the few who bolstered me and, while she might not have known, did transfer her confidence to me,” Sokol said. “Caroline was the chair of the English Department at San Francisco State University. She also was a proponent of bibliotherapy, the use of literature to help people cope with emotional problems, mental illness, or changes in their lives. In Caroline’s  article, Bibliotherapy: An Application of Psychoanalytic Theory, she wrote, “the novelist and playwright have plumbed the deep reaches of man’s nature and often anticipated the discoveries of science.”

Sokol’s dissertation was tilted, “Authority and Authority Figures in Schools” and after the completion of his Ph.D. in 1976 he planned to write essays and a novel.

“Life got in the way,” Sokol said. “I became a professor of theater, film, and literature. I was Director of Theater Arts at American International College and Bay Path University and for three decades, the theater department at Asnuntuck Community College. In all, I have directed and produced 45 shows.” Additionally, he was very much a proactive, involved parent.

In addition, Sokol is Professor Emeritus at Asnuntuck Community College and has been an adjunct professor at U Conn, Hampshire College, University of Hartford, WNEU, and Springfield College. Additionally, he wrote theater commentary for The Springfield Republican for twenty-five years.

His dream of writing a novel has come true.

In 2011, he published Mendel and Morris. Described in the Amazon Book Review as “two elderly Jewish men, Mendel and Morris, shuffleboard players based in Springfield, Massachusetts, catch word of an impending tournament in Fort Lauderdale. Curious and anticipatory, the pair begins a journey to South Florida. They make the acquaintance of two elderly Jewish women – shuffleboard players, as well. After some time, all return to the Northeast. This is comic slice-of-life fare, complete with musings and philosophizing. The topic of aging is inherent within the fiction. Four individuals, well past midlife, move forward – onward.”

“Now that I am not working in academia anymore I have the time and energy. I write every day and find it invigorating.”

In 2020, Sokol released a follow-up novel to Mendel and Morris titled Destiny. In Destiny the two friends Mendel and Morris face the realities of aging as they approach their eighties, nevertheless revel with both exuberance and curiosity in what life offers them—friendship, the natural world, and fried clams. (Source: Amazon Book Review)

He also stays busy with reviews of professional theater for Talkin Broadway.

“I have had an exciting career and I am grateful to finally devote myself fulltime to writing novels,” Sokol said. “I am also grateful to Union and Dr. Caroline Shrodes for propelling my dreams.”

Learn more  about Sokol’s novel, Mendel and Morris and Destiny.

Union is a global leader in providing higher education degrees for the adult learner. Find it in U. Discover the Union difference today. Visit myunion.edu to start your new career.