Welcome to Authors of Union, highlighting our many published authors who are transforming lives and communities.

A Leaf in the Wind 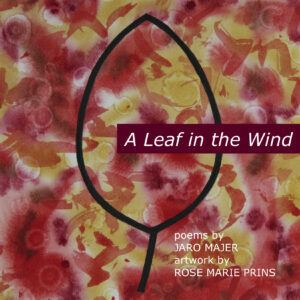 She started work on the images during a residency at an artists’ retreat in India. She describes the book this way. “These paintings, images of Indian leaves in Sumi ink on a watercolor ground, are filled with color in an attempt to dispel my grief. The poems express the heartfelt yearning of a young man’s search for the Truth. Our book includes twenty-two full-color illustrations in watercolor and Sumi ink. The twenty-one poems are devotional, yearning, and often ecstatic. They address agape, yogic philosophy, love of both nature and the divine in its many manifestations in accessible language that people of many walks of life and differing spiritual paths can relate to.”

In the foreword and afterword, she describes Jaro’s short life and the suffering that mental illness caused him. A goal of this book, besides honoring the memory of her son and his creativity, is to sensitize readers to the realities of living with schizophrenia and the stigma attached to mental illness.

Purchase the book or prints of the images.

In Forgotten Legacy, Benjamin R. Justesen reveals a previously unexamined facet of William McKinley’s presidency: an ongoing dedication to the advancement of African Americans, including their appointment to significant roles in the federal government and the safeguarding of their rights as U.S. citizens. During the first two years of his administration, McKinley named nearly as many African Americans to federal office as all his predecessors combined. He also acted on many fronts to stiffen federal penalties for participation in lynch mobs and to support measures promoting racial tolerance. Indeed, Dr. Justesen’s work suggests that McKinley might well be considered the first “civil rights president,” especially when compared to his next five successors in office. Nonetheless, historians have long minimized, trivialized, or overlooked McKinley’s cooperative relationships with prominent African American leaders, including George Henry White, the nation’s only Black congressman between 1897 and 1901. (Source: Amazon 2020, Publisher ‏LSU Press (December 16, 2020)

Dr. Justesen is also an editor and historian and the author of several books, including the Pulitzer Prize-nominated biography George Henry White: An Even Chance in the Race of Life and Union Institute & University at 50: leaders realizing a dream. Read more or purchase the book.

The Settlement, Growth, and Movement of the Czechs and their Institutions in Cleveland, Ohio 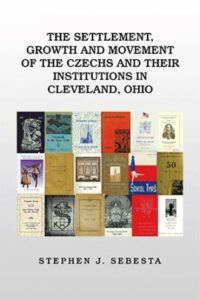 The Settlement, Growth, and Movement of the Czechs and their Institutions in Cleveland, Ohio reviews the history of the Bohemians, Moravians, and Silesians in Europe and the forces that led them to emigrate to Cleveland. Traces immigration patterns of the Czechs in the U.S. and particularly their settlements in Cleveland, Ohio. It includes historic information on Catholic churches, Protestant churches, the Jewish Chevra Kadisha Congregation, freethinker organizations, Sokol, Bohemian National Hall, Delnicke Telocvicne Jednoty (DTJ), Karlin Hall, Prokop Velky Fresh Air Camp, Slapnicka’s Grove, and Czech Cultural Garden. Reviews the history of music and drama societies including the Lumir-Hlahol-Tyl and Vojan Singing Societies, Vcelka Czech Drama Society, the Furdek Dramatic Society, the Hruby Conservatory of Music, and others. Briefly summarizes the history of Czech fraternalism, newspapers, radio broadcasting, breweries, and other activities. It provides a history of the Cleveland Czechoslovak Legionnaires who fought in WWI and those in Cleveland who provided foreign relief during the war in support of the struggle to form the new country of Czechoslovakia. (Source: Xlibris 2020)

Dr. Sebesta is a registered professional engineer and has served as President of Stephen J. Sebesta and Associates, Inc., Consulting Environmental Health Engineers since 1980. Read more or purchase the book.

Check back next month for more Authors of Union and their publications.

Union is a global leader in providing higher education degrees for the adult learner. Your goals. Your success. Your Union. We’ve got U! Start your new career today at myunion.com.