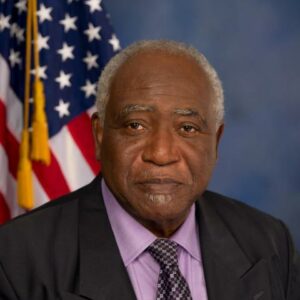 Alumnus Danny K. Davis earned his Ph.D. from Union in 1977. On November 5, 1996, he was chosen by the people of the 7th Congressional District of Illinois as their Representative in Congress. He has been re-elected by large majorities to succeeding Congresses. Congressman Davis has distinguished himself as an articulate voice for his constituents and an effective legislator able to move major bills to passage. Widely sought after as a speaker at conferences and events, he has developed a unique and energetic style of communication and interaction with his constituents, setting up dozens of advisory task forces to consider significant questions of public policy. 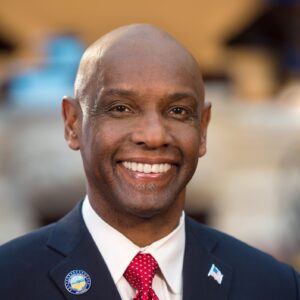 Union alumnus Senator Cecil Thomas graduated in 2012 with a B.S. in Criminal Justice Management. He was elected in November 2014 to serve Ohio’s 9th Senate district. His most notable success is the Cincinnati Youth Streetworker Program, which evolved into the Cincinnati Initiative to Reduce Violence (CIRV). Now being modeled nationally and internationally, this program provided direct resources and outreach services to at-risk youth/young adults in Cincinnati’s most troubled neighborhoods. The implementation of the CIRV program resulted in a significant reduction of crime and improved community and police relations. 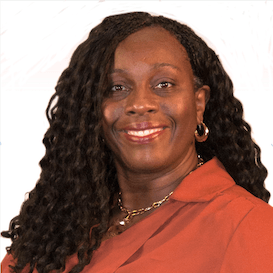 Union alumna Vanessa Enoch graduated in 2017 with a Ph.D. in Interdisciplinary Studies and a major in Public Policy & Social Change. She is President & CEO of Cultural Impact, LLC, a nationally and state-certified Minority Business Enterprise (MBE), a Women-owned Business Enterprise (WBE) and an Edge Certified Business by the State of Ohio in the United States. Vanessa was the Democratic nominee for the U.S. House of Representatives in Ohio 8th Congressional District in 2018 and 2020, she was the first woman to run for Congress in that district. In the primary, she garnered 60% of the vote in a four-way race in 2018 and 80% of the vote in the 2020 two-way primary. 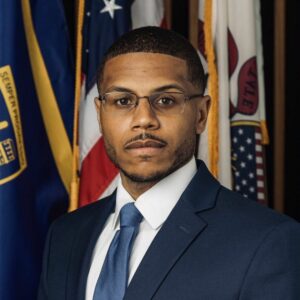 Darren E. Bryant is the current mayor of the Village of Robbins, Illinois. At the age of 29, he became the youngest black mayor in Illinois state history. In addition to serving in an elected seat, Darren Bryant is a physical education teacher at Dwight D. Eisenhower High School (his alma mater) in Blue Island, Illinois. Bryant is currently enrolled at Concordia University where he is pursuing his Ph.D. in Organizational Leadership. 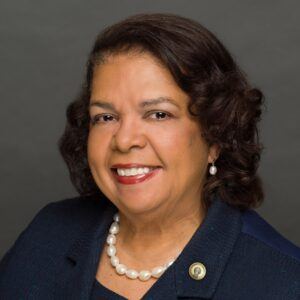 Union Institute & University’s sixth president, Dr. Karen Schuster Webb, is a visionary leader with more than 20 years of executive leadership in higher education. Dr. Webb has dedicated her career to the pursuit of equity of access to educational excellence and to empowering those, especially women, who aspire to higher education leadership. Among her numerous accolades and international awards honoring her advocacy for diversity, inclusive leadership, and mentoring, Dr. Webb was named as one of the Top 25 Women in Higher Education and Beyond by Diverse Issues in Higher Education Magazine.