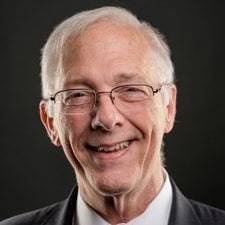 Before joining Rippe & Kingston Capital, Mr. Feldmann served as an executive with the Treasury Department of Federated Department Stores, where he was responsible for short-term borrowings of up to $300 million, short-term investments, forecasting, and financial relations. He has almost 30 years of experience in finance including investment and commercial banking. He holds a B.A. from the University of Notre Dame, an M.B.A. from Xavier University in Cincinnati, and a J.D. from the Chase College of Law. He was admitted to the Ohio Bar in 1975.

Prior to joining The Union Institute’s Board of Trustees, Mr. Feldmann’s association with the university was purely fiscal, including helping to finance the renovation of a landmark building on the Cincinnati campus. Soon he became more intrigued with the university’s educational mission than its real estate. Mr. Feldmann’s extensive experience in finance led to his appointment as chair of the Board of Trustees’ Finance Committee. In particular, he played an active role in the exploration, due diligence, and acquisition of Vermont College, visiting the Montpelier campus and community several times with President Sturnick, other trustees, faculty, and members of the university’s Change Management Council. In 2001, he received The Union Institute President’s Medal for Exemplary Service.

In addition to his work with Rippe & Kingston Capital and service to The Union Institute, Mr. Feldmann volunteers his time as a recruiter, motivator, and premier fund raiser for countless local and national professional and community organizations. He is currently on the board of the Dan Beard Council of the Boy Scouts.  He served as president of the Greater Cincinnati Chapter of the Association for Corporate Growth, and trustee of ACG’s International Chapter, and is a member of Class IX of Leadership Cincinnati. In addition, Mr. Feldmann was founding chair of the Business Growth Funding Conference, past president of the Greater Cincinnati Venture Association, past chair of the City of Independence (Kentucky) Board of Adjustments, past president of the local chapter of the University of Notre Dame Alumni Association, former adjunct faculty in accounting at Xavier University, and past president of the La Salle High School Governing Board of Trustees.