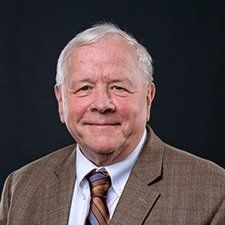 Roger Allbee was appointed to the Board of Trustees in July 2011. Mr. Allbee is a leader in the advancement of agriculture in the United States and former secretary of the Vermont Agency of Agriculture, Food, and Markets.

“Roger Allbee’s knowledge, experience, expertise, and lifelong commitment to Vermont will help Union make a lasting, positive impact on higher education initiatives in Vermont and beyond,” said Roger H. Sublett, president of Union Institute & University. “We are honored that he has chosen to serve on Union’s Board of Trustees.”

Allbee was appointed secretary of the Vermont Agency of Agriculture, Food, and Markets in January 2007 by former Vermont Governor Jim Douglas. As secretary, Allbee administered one of the most diverse and publically watched agencies in Vermont, overseeing all facets of the state’s agriculture including animal health and welfare, agricultural development, water quality and nutrient management, international trade and trade policy, and food safety.

Before serving as secretary, Allbee was the executive director for the United States Department of Agriculture’s (USDA) Farm Services Agency for the State of Vermont. In this role, he was responsible for the execution of farm loan and farm program delivery to Vermont farmers and managed several offices throughout the state of Vermont. During his tenure as executive director, the Vermont FSA loan team received an USDA FSA Administrator’s Award.

In addition to Allbee’s roles with the state of Vermont and the USDA, he also served as a senior international business consultant on agricultural trade policy and as a professional staff member of the U.S. House Committee on Agriculture. He has also served as vice president of the former Farm Credit Banks of Springfield, Mass., and as an extension specialist at Cornell University.