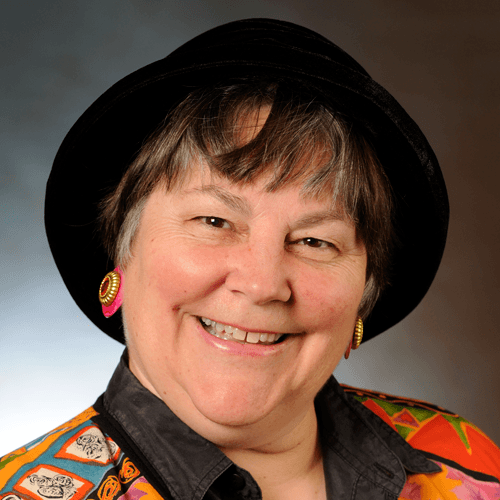 Carol Barrett is an interdisciplinary scholar and educator who has published two volumes of poetry, including the prize-winning collection Calling in the Bones (Ashland Poetry Press.) She has received awards from the National Endowment for the Arts, the National Science Foundation and the National Institute of Mental Health, as well as a state arts agency grant and university research grants. Carol has earned two master’s degrees, and two Ph.D.s – the first in Clinical Psychology and the second in Creative Writing. She has taught students at all levels from kindergarten through doctoral studies. Her primary faculty appointments have been at Wichita State University (KS,) where she also performed with the Mid-America Dance Company, Union Institute & University (OH,) where she has been employed since 1980, and Saybrook University (CA,) where she nurtures students in Creativity Studies. She has been honored with a college-wide teaching award, and has supported students through administrative as well as mentoring roles in research methods and interdisciplinary inquiry. Her publications appear in journals in the fields of literature, psychology, gerontology, thanatology, women’s studies, medicine, religious studies, education, and art therapy. Her poems have appeared in over 40 anthologies, as well as dozens of literary magazines. Her writing has addressed diverse cultural disparities and challenged barriers due to race/ethnicity, gender/sexuality, age, social class, differing abilities, religion/spirituality, and marital status. Her current research interest is the healing potential of poetry. She also writes creative nonfiction; the book Pansies from Sonder Press is a 2020 Oregon Book Awards finalist and one of the first books in English about the Apostolic Lutheran community.