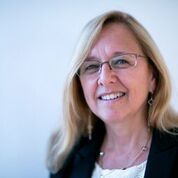 Diane Allerdyce, Ph.D., is Chair and Faculty of the Humanities & Culture (HMS) major of the Ph.D. program in Interdisciplinary Studies at Union Institute & University, where she has taught since 2008. She is also the Co-Founder of the Florida-based non-profit organization Center for Education, Training & Holistic Approaches, Inc. (CETHA), which operates the Toussaint L’Ouverture High School for Arts & Social Justice in Delray Beach, Florida. From 1985 until founding the charter school in 2001, Dr. Allerdyce taught and held administration positions at Lynn University. She holds the Ph.D. in English from the University of Florida. Her M.A. and B.A. in English are from Florida Atlantic University. Diane is the author of a scholarly book, Anaïs Nin and the Remaking of Self: Gender, Modernism, and Narrative Identity (University of Northern Illinois, 1998). She has published articles, essays, book reviews, and poems in local, national, and international journals. She has been a featured poet on the Unitarian Universalists Poets Cooperative web page. Her poetry chapbook, Whatever It Is I was Giving Up, won the 2007 Red Wheel Barrow Prize by Pudding House Publications.

Dr. Allerdyce was trained as a poetry therapy facilitator by and is a past-President of the National Association for Poetry Therapy (NAPT). Diane received the NAPT Distinguished Service Award in 2007, the NAPT Outstanding Achievement Award in 2009, and the Jennifer Bosveld Poetry and Social Justice Award in 2015. She has extensive experience as a National Trainer for the Classroom of Difference Program of the Anti-Defamation League (ADL) and is a member of the Florida-based ReThinkHaiti Task Force on Educational Reform. Her book House of Aching Beauty: Selected Poetry and Prose on Haiti, Heartbreak & Healing was released in 2012 by EditionsPerleDesAntilles. Diane’s current book project is a novel, Hurricane Dreams, set in the aftermath of the 2010 earthquake in Haiti. In addition to Lacanian psychoanalytic theory, gender studies, feminisms, and poetry, her research interests include international educational outreach efforts, particularly in Haiti, where she has authored and facilitates a support program for teachers, Teaching by Heart in Haiti.