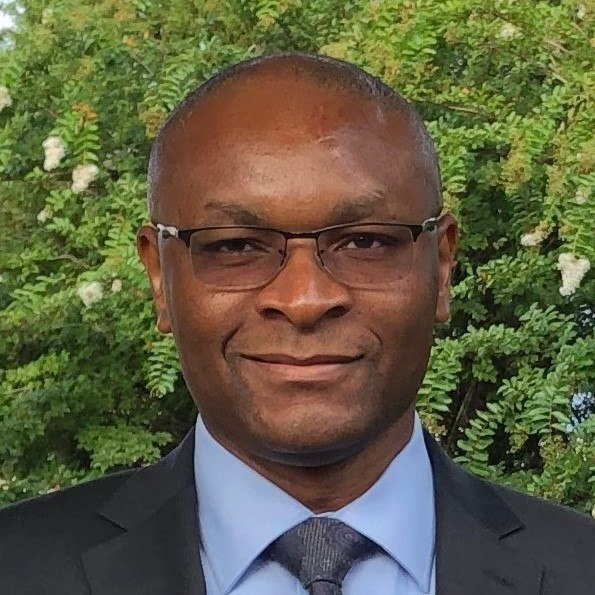 Muswamba Mwamba is a father of five breastfed children. An International Board-Certified Lactation Consultant, a public health practitioner, and a scholar, his research interests focus on immigrant health within the minority group in the context of the U.S. health disparity. Muswamba helps mothers and babies obtain the best health outcomes by teaching and inspiring their partner/ father to fight to remove barriers that prevent successful breastfeeding. As a professor, Muswamba brings a global perspective on clinical and non-clinical information to enlighten graduate students of significant developments and trends in the field of infant feeding.

Muswamba’s professional journey illustrates his passion for how culture affects the quality of life and population health. Both depend on nutrition, which itself can be rooted in sound breastfeeding practice. For 20 years, he administered programs in different communities in New York and in Texas, where he experienced first-hand striking disparities in the fields of maternal and child health. In Westchester County, New York, Muswamba worked with various communities originally from South and Central America. For two years, using evidence-based approaches, he worked with Community Health Workers within the County to attract local families to health and nutrition services, prenatal care, and smoking cessation facilitation sessions. For 15 years in Dallas County, Texas, Muswamba served diverse and underserved communities, first as a clinician (IBCLC) and then as a manager. During his work, he oversaw and supervised the performance of a dozen community health workers while navigating the different environments in the County. Muswamba ran the most culturally diverse Women Infant and Children (WIC) clinic in Dallas County that became the most effective location to showcase WIC operations, as stated in the Federal Government (USDA, FNS) report.

The Breastfeeding Support Peer Dad program that Muswamba implemented at the City of Dallas WIC program was referenced in the 2011 publication of the Call to Action to Support Breastfeeding under U.S. Surgeon General Regina Benjamin. His effort to engage fathers in breastfeeding support led him to steer the” Best Fed Beginnings” committee to help bridge the gap between hospital discharges and community resources. In 2015 Methodist Dallas hospital (one of the healthcare institutions he strategically collaborated with) became the first health care organization in Dallas county to receive the Baby-Friendly designation. His genuine empathy for families without the needed information on breastfeeding resulted in him serving as the director of Reaching Our Brothers Everywhere, Inc (a national nonprofit organization whose goal is to educate minority populations on breastfeeding). Since 2014, Muswamba has served in different capacities in the USBC (United States Breastfeeding Committee) to help drive collaborative efforts for policy and practices that create a landscape of breastfeeding support in the United States. As a professor at the University of North Texas at Dallas, Muswamba contributes to the Urban SERCH Institute’s mission of elevating the university surrounding neighborhoods by fostering students’ culture of health.