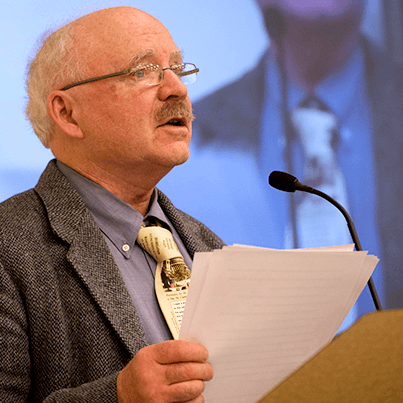 Dr. Burns is a distinguished historian of the Civil Rights Movement and other U.S. social movements, and a leadership scholar. He wrote the Wilbur Award-winning biography of Martin Luther King Jr., To the Mountaintop (2004). A former editor of the Martin Luther King Jr. Papers at Stanford University, he produced the Montgomery bus boycott volume, Birth of a New Age. He published the first history of the bus boycott, Daybreak of Freedom, which was later made into the HBO feature film Boycott (on which he consulted). In 2002 Boycott won the NAACP Image Award. His recent book We Will Stand Here Till We Die: Freedom Movement Shakes America, Shapes Martin Luther King Jr. (2013) tells the epic story of the American freedom struggle of 1963 from Birmingham to the March on Washington. He is currently writing a book on Kingian Leadership.

Dr. Burns has worked for many years in movements for peace and social justice—protesting the Vietnam War, organizing for the United Farm Workers, opposing nuclear power and nuclear weapons, fighting racism and modern slavery, and confronting poverty. His mission is to share lessons from the democratic struggles of the past to empower citizenship today and tomorrow.