The United States Army and Union advanced my career 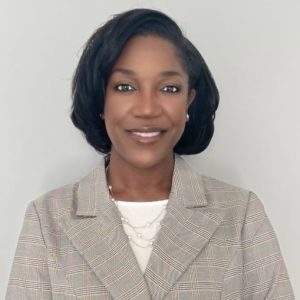 Scheherazade Abdul-Latif joined the United States Army to advance her education. She also found a career.

“I was born in New York City. My parents worked hard to send me to private school, but college was expensive. My mom is an educator, and I knew how important a higher education degree is. I wanted to follow in her footsteps,” Abdul-Latif said.

She was only 17 when her father encouraged her to join the Army Reserve as she prepared to attend college.

“The Army Reserve allowed me to attend college full-time, and it paid for my tuition. I served one weekend a month and attended annual training. I started learning about logistics and leadership. Before I knew it, I was running a unit,” Abdul-Latif said.  “The Army encourages education for many reasons. The Army’s vision is to have capable men and women personally and professionally. Leadership development is encouraged at all levels.  In addition, when they return to civilian life they have employment skills to transition successfully.”

She saw an ad for a Union Institute & University Master of Science in Organizational Leadership (MSOL) degree and was intrigued.

“My MSOL accelerated my career and launched me into the forefront of leadership skills. The curriculum taught me to think critically and analytically. This knowledge is so important in the management of people and the organization of projects,” Abdul-Latif said.

She also found Union’s professors understood the demands of a working adult with job and family responsibilities.

“I am the single mother of one teenage son. During my studies, I had to relocate across states to a new position with the Army.  My professors were understanding and provided support,” Abdul-Latif said. “Another aspect of Union I appreciated was the interaction of my cohorts. They were professionals in the civilian world. That gave me a greater understanding of how things work outside the Army.”

For the last six years, she has been a career counselor helping soldiers advance and enter warrant officer and officer candidate school.

“I contribute to their success. Yesterday a soldier called me to thank me for helping them persevere in their goal to become an officer. They were crying. That is my reward.  Helping people is what I find fulfilling.”

In addition to her Union MSOL, she holds a B.A. from Brooklyn College and is a licensed massage therapist.  She will retire from active duty in 2024 with a total of 29 years of service, 21 were active duty.

“My goal is to support veterans after I retire. I plan to utilize my leadership and project management skills to benefit my military brothers and sisters,” Abdul-Latif said. “I love the idea of continuing to serve.”

Discover how Union can prepare you for a promising career at myunion.edu