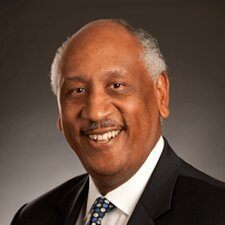 Union Institute & University has named Edgar L. Smith, Jr. as Chair of its Board of Trustees effective January 27, 2022, through January 2024. Mr. Smith is a prominent Cincinnati business and civic leader. He was elected to the Union Board of Trustees in 2013. Mr. Smith has served as vice-chair since 2020.

“Trustee Smith is a dynamic and accomplished leader, and he has contributed a tremendous amount to our community through his tireless dedication. He is a true entrepreneur, and his innovative ideas and skills, along with his business acumen and ability to build strong relationships, will help Union continue in our unprecedented growth as leaders in adult higher education and online learning,” said Union Institute & University President Karen Schuster Webb.

Mr. Smith replaces current Chair Sharon Dunbar. “I want to thank Chair Dunbar for her dedicated leadership of the Board of Trustees, as well as sharing her considerable expertise with the university,” said Dr. Webb. “Under her direction, Union moved to our new national headquarters and launched several new initiatives, including our nationally recognized Institute for Social Justice.”

Mr. Smith is the founder, Chairman, and CEO of Cincinnati, Ohio-based World Pac Paper, LLC. He launched his company in 2004 and under his leadership, World Pac Paper, LLC has grown to become an Inc. 500 company and award-winning national distributor of high-quality printing, packaging and specialty papers, and packaging solutions. World Pac Paper, LLC is a Certified Minority Enterprise (MBE) and was named an Inc. 500 Top Black-Run Company in 2009. Mr. Smith has built the company into one of the largest minority-owned firms in the Cincinnati tri-state area. World Pac Paper, LLC was named 2010 Small Business of the Year by the Cincinnati USA Regional Chamber. Also in 2010, Mr. Smith was named the Small Business Person of the Year for the State of Ohio and Region V of the United States by the U.S. Small Business Administration (SBA). In 2015, he was honored again as the Lifetime Achievement Award winner for Ernst & Young Entrepreneur of the Year in the Ohio Valley region. He and his company are the recipients of numerous business awards and community honors.

Mr. Smith has over 30 years of solid sales and marketing experience with Fortune 500 companies, lastly as vice president of national sales for Coca-Cola North America. He has worked for such notable corporations as R.R. Donnelley & Sons, Co., James River Corporation, Georgia-Pacific Corporation, and Smurfit-Stone. He has traveled extensively, both domestically and internationally, having developed significant business in Asia, South America, and Mexico. He is also a certified Six Sigma Greenbelt.

Mr. Smith earned his Bachelor of Science degree in Marketing and Business Administration from Morehouse College in Atlanta, Georgia. He is a graduate of Leadership Cincinnati—Class XXI (1997-1998), and a past Fellow for The Regional Leadership Forum—Class II (2003-2004). Knowing his future success hinged on having the right skills, Smith also completed the Advanced Management / Minority Business Executive Education Program at the Tuck School of Business at Dartmouth and the NMSDC Advanced Management Education / Executive Program at the Kellogg School of Management at Northwestern University.