Please join us for The Legacy of MLK and Inclusion, Diversity and equity in the 21st Century webinar January 9, 2022, free and open to the public 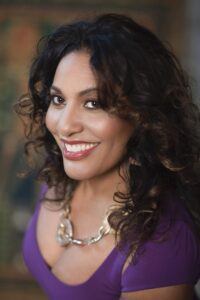 Chevara Orrin will present The Legacy of MLK and Inclusion, Diversity and equity in the 21st Century, at the 2022 Ph.D. Residency on January 9. This webinar is sponsored by The Institute for Social Justice and is free and open to the public. Register now.

In her current role as Chief Creative Catalyst for Collective Concepts, she is best known for having conceived and co-created We Are Straight Allies, a national marketing campaign to support equality and move towards passage of inclusive policies to protect the LGBTQ community, along with #WhiteAndWoke™ an initiative to raise awareness about racial inequality and promote equity through intentional action. The successful Allies campaign has drawn the participation of prominent figures such as feminist icon Gloria Steinem, Olympic gold medalist and civil rights attorney Nancy Hogshead-Makar, cultural and faith leaders, and superstars from the corporate world, including the CEOs of Florida Blue and SunTrust Bank. Chevara is executive producer of an independent documentary, “The Story of Denise” that explores the transgender experience and family acceptance.

An outspoken advocate for the eradication of sexual violence against women and girls, Chevara founded WhiteSpace SafeSpace, a monthly support group and forum for incest survivors and will be published in October 2019 in an anthology #LoveWITHAccountability, a collection of writings that examine how accountability is a powerful and necessary form of love needed to address child sexual abuse.

Chevara has been recognized by the White House and the Human Rights Campaign as a leader, advocate, and ally for the LGBTQ community and featured in publications including The Washington Post, Atlanta Journal-Constitution, Tikkun Magazine, and The Feminist Wire.

Chevara is a certified administrator for the Intercultural Development Inventory® (IDI®)

Dr. Michael Simanga will host the event. Simanga is an activist writer, scholar, educator and multi-discipline artist. He is a 2009 graduate of the Union Institute and University Ph.D. in Interdisciplinary Studies. Simanga is a member of the Union doctoral faculty where he also is the director of the Dr. Martin Luther King Jr. Studies Specialization. He has taught African American Studies at Morehouse College and Georgia State University. His research interests are 20th-century Black radical movements, Social Justice Movements, Human and Civil Rights, art and culture as expressions of identity, resistance and transformation. Samanga has produced more than 200 artistic projects and is the former Executive Director of the National Black Arts Festival.